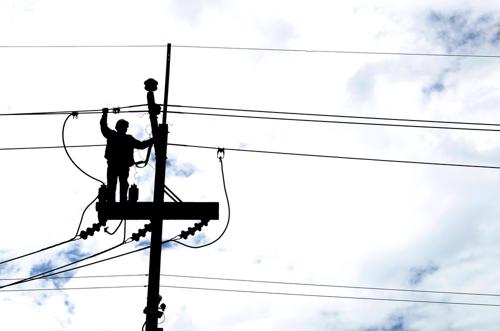 Blockchain has spellbound organizations across numerous industries – and for good reason. An invention of cryptocurrency innovators, this technology encompasses an online accounting process centered on the creation and management of encrypted communal ledgers called blockchains. The assets cached within these digital registers are linked and include timestamps and transaction histories, facilitating fail-safe verification and virtually preventing fraud. In the years since the advent of bitcoin, the cryptocurrency that birthed blockchain, technologists have discovered new uses for the innovation, envisioning exciting new enterprise deployments, including distributed data storage systems, online voting platforms and smart contract solutions.

These and other proposed blockchain use cases are expected to materialize and mature this year. In fact, businesses worldwide are on track to spend more than $2 billion on blockchain technology in 2018, according to researchers from the International Data Corporation. Among the banks, health care organizations and information technology firms investing in open-ledger services are electric companies. In recent years, utilities have been looking for innovations capable of accelerating power grid modernization. Blockchain has the potential to support such efforts, the MIT Technology Review reported. But how?

Addressing data flow in the utility space
Power providers throughout the country have made significant strides with their grid modernization efforts. Approximately 30 states are prioritizing programs designed to bring power delivery fixtures up to date, collaborating with utilities to roll out innovative field technology and energy policy, according to the analysts at the North Carolina Clean Energy Technology Center. Many of these implementations involve the installation of connected technologies associated with the internet of things – assets utility companies spent more than $66 billion on in 2017, the IDC reported. Such devices not only support remote process automation but also empower customers, giving them visibility into their respective power consumption habits and easing account management activities. While exciting, such developments create serious complications in the era of the hacker.

Current service delivery components are extremely vulnerable to cybercriminals, some of whom have already executed large-scale attacks against utilities, according to Wired. The influx of IoT technology creates new pathways for hackers looking to disrupt the electrical grid or plunder the increasingly significant amounts of customer information flowing between wireless devices, utility servers and connected enterprise field assets. In short, electric companies and state governments collaborating to modernize the grid have serious date security obstacles to overcome.

Industry experts believe blockchain could be the answer to this problem, according to Accenture. With so much machine-to-machine interaction set to occur, utilities need an effective data security solution that keeps exhaustive and definitive records of all data movement. Open ledgers facilitate the kind of transparency. Plus, this technology further streamlines utility-customer interaction, allowing for even more impactful gains in operational efficiency and service quality. However, this potential deployment model is just the tip of the iceberg. There are far more transformative blockchain deployments capable of moving the utility industry forward.

Decentralizing power supplies
At the moment, electric companies help manage three massive regional power grids. This centralized approach to power generation and distribution has been in place for decades. Unfortunately, growing demand for electricity is putting pressure on dated large-scale power infrastructure, resulting in consistent stoppages and general declines in service quality. An investment of more than $5 trillion is required to retrofit the national electric grid for the demands of modern customers, according to research from the American Society of Civil Engineers. Such an amount is unlikely to materialize as evidenced by the U.S.’s historical struggle to fund critical national infrastructure. Consequently, stakeholders search for alternative solutions. The Department of Energy has long championed an approach that many believe is the clear answer: the development of decentralized microgrids.

Ideally, power providers would operate these local grids, which could disconnect from an overarching system and operate autonomously if required. This would improve grid resilience and reduce the likelihood of massive outages that come as a result of natural disaster or cyberattack. Technologists are under the impression that blockchain could support the development of microgrids and facilitate an equally decentralized approach to the distribution of electricity, Harvard Business Review reported. Open ledgers can be managed communally due to their advanced identity verification and data security capabilities. This has lead innovators to promote peer-to-peer resource sharing networks, arrangements that some say could work within the utility industry. How would this work? Users could create their own personal blockchain nodes and share their energy with neighbors or shuttle it to other structures they might own. For instance, an organization with a production facility closed for scheduled downtime could divert the energy normally used to operate the location to another one in need of additional voltage. Such an arrangement would maximize efficiency among all energy users and facilitate resilience.

Blockchains are at the center of another customer empowerment effort that would allow users to more easily sign up for and cancel services. This kind of deployment would not only lend further control to transparency-hungry customers and reduce the operational burden of activating and deactivating services but also support ease-of-movement throughout microgrids and, therefore, bolster resiliency.

Facilitating utility reporting and innovation
Electric companies have embraced renewable energy solutions in recent years, working with solar and wind energy providers to integrate environmentally friendly power-creation components into local grids, The New York Times reported. Utilities involved in these collaborations report their generation activities to government agencies by submitting data sets separating voltage created via fossil fuels and renewable resources, according to the MIT Technology Review. Government entities and private companies leverage this data to gain insight into the U.S. energy market and build their operational agendas. Unfortunately, the figures they see are not infallibly accurate due to the tradeable certificate system that buttresses energy creation reporting activities. Both businesses and oversight groups struggle to keep up with and verify renewable energy certificates, which essentially establish property rights for solar and wind generation assets. These flawed certificate management processes drag down innovation in the energy industry, hurting utilities and the customers they serve.

Innovators in the space believe blockchain technology could streamline the creation and movement of renewable energy certificates, and therefore stimulate forward momentum. Currently, power plant personnel gather energy creation data manually and log it into tables, which are then sent to certificate granting agencies that then produce official paperwork. Another group of reviewers verify these assets before they can be sold. If these antiquated workflows were traded for open ledger systems, all of the parties involved in such recordkeeping activities could ensure the accuracy of renewable energy certificates and work quicker to facilitate innovation in the energy industry. Implementation specialists envision a scenario in which connected meters would send data directly to blockchains, which could used for certificate-drafting purposes. This redesigned certification model could bolster connections between renewable energy creators, electric companies and oversight agencies, leading to accelerated innovation and better customer experiences.

Embracing a blockchain future
Blockchain technology holds immense potential for utilities. However, the innovation does not come without risk, according to PricewaterhouseCoopers. Implementation methods are still maturing meaning power providers that pursue the technology now are likely to encounter some bumps in the road. Of course, hackers continue to search for blockchain backdoors they could exploit to steal customer data or execute system disruptions. Utilities and technology companies will have to address these threats in the future to make blockchain a truly transformative force within the industry.

Electric companies interested in blockchain and other next-generation operational innovations should first evaluate their existing workflows and make base-level improvements before moving onto more expansive fixes. dataVoice International can help utilities looking to build up their IT infrastructure. Our weather-tested outage management and mobile productivity tools are in place at power providers across the nation, facilitating streamline operations and modern customer experiences.