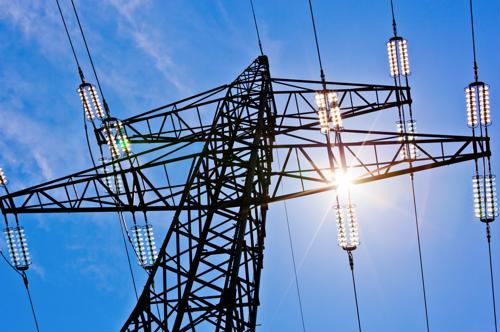 The average U.S. electric bill dropped from more than $114 per month to $112 per month in 2016, according to research from Energy Information Administration. However, residential electrical costs remain near historic highs. Since 2006, when the average monthly bill was below $100, they have increased steadily. Over this same span, utility revenues have moved upward.

That said, a number of impactful industry developments are poised to disrupt this state of affairs, empowering customers to take control of their expenses and potentially price shop. This puts utilities in an undesirable position, as they must choose between facilitating reductions in billing revenue or losing customers. The latter outcome is, of course, the least advantageous due to the simple fact that signing a new customer is between 5 percent and 25 percent more expensive than retaining an existing one, according to the Harvard Business Review.

With this in mind, many utilities have begun implementing strategies aimed at reducing customer electric bills and cultivating loyalty in an increasingly competitive environment. Here are some of those methodologies:

Embracing clean energy wholesalers
Wholesale power prices have declined considerably due to the widespread adoption of clean energy technology, according to Deloitte. For example, the consulting firm found that ISO New England, which derives 8 percent of its available wattage from renewable sources, cut its prices by 56 percent in 2017. New York ISO, whose fuel mix prominently features wind and solar sources, orchestrated a similar reduction, dropping per-megawatt prices by half. These drops have trickled down to local electrical companies and the customers they serve.

More utilities can facilitate such billing reductions by signing on with wholesalers that maintain evenly balanced fuel mixes that incorporate renewable resources. This way, power providers can pay less up front and reduce customer costs while avoiding the downsides of renewable use and remaining competitive among price-conscious consumers.

“Signing a new customer is between 5 percent and 25 percent more expensive than retaining an existing one.”

Adopting time-based electric rates
Historically, utility companies have maintained flat rates based on the cost of consuming power from the electrical grid. These rates do not usually reflect the moment-to-moment cost of electricity, something that customers rarely cared about prior to emergence of smart home technology and grid decentralization, according to Utility Dive. Now, with advanced monitoring tools in their hands and private energy generation products available on the market, consumers are clamoring for control. This has encouraged some enterprising power providers to embrace a new pricing model: time-based electricity rates.

This methodology involves engineering billing rates that correspond to real-time electricity demand, according to the Department of Energy. This allows consumers to access power when it is cheapest, as well as helps utility companies cut peak power demands and save money on maintenance costs.

Implementing cutting-edge technology
Digitization is transforming numerous industries, including the utility space where innovators are implementing smart grid technology and other bleeding-edge hardware and software designed to reduce their operational burdens and empower customers. This often includes the deployment of consumer-centric mobile portals that allow customers to view usage information and modify their behavior based on this information, potentially leading to reductions in their electric bills. These relatively simple tools, along with more advanced solutions such as vehicle tracking systems and meter analysis interfaces, also help utilities cut operational costs, which usually trickle down to the customer. Unfortunately, few power providers have embarked on the journey toward digitization, opting to stick with antiquated workflows that push up overhead costs and inflate customer bills, according to analysts at Navigant Research.

Connect with us today to learn more about how our solutions can help your utility move forward even as customer demands rise.