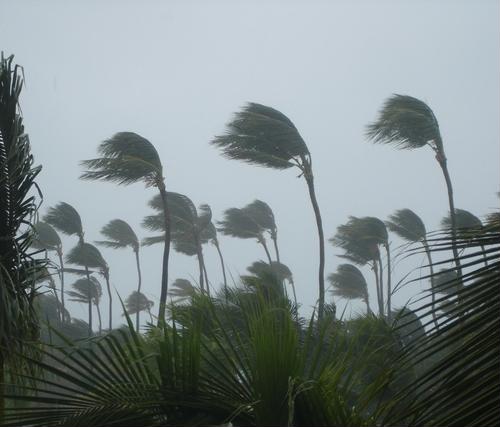 A year in which the destructive power of Mother Nature made headlines across the globe has also increased the calls for U.S. grid modernization. The 2017 Atlantic hurricane season ran from April 19th to Nov. 9th, and it is fair to say that a high proportion of these increasingly extreme annual weather events left a trail of devastation that is still being dealt with by the affected communities.

Hurricane Harvey brought chaos to Houston, Irma destroyed 95 percent of the Caribbean islands of Barbuda and St. Martin before hitting Florida, while Maria also made certain that people would remember this hurricane season for the wrong reasons. At its peak, Hurricane Maria reached wind speeds of 175 mph and when it made landfall in Puerto Rico, it managed to cripple the local power grid and leave most of the three million U.S. citizens stranded without power.

Grid Modernization Is A Priority

More than three months after Maria visited the U.S. territory, over one million people are apparently still without power, NPR reported. The ones that do have electricity say that the flow is never stable and that outages are still a regular occurrence. Unsurprisingly, there is a growing ground swell of anger among local residents and their relatives on the U.S. mainland. Thoughts and prayers from elected representatives have largely dried up, and there is a consensus that recovery will take years as opposed to months.

The Puerto Rico Power Authority, reportedly in collaboration with the Federal Emergency Management Agency, has been working to restore normalcy, but the problems are not the bodies on the ground. Rather, the island’s power infrastructure itself was basically destroyed by Maria. That has created a number of issues for the local utility, some of which is related to where the required investment into grid modernization and resiliency is going to come from.

Back in October, the U.S. Congress approved a disaster aid package of $36.5 billion in emergency funds for U.S. states and territories affected by the 2017 hurricane season. Puerto Rico has requested around $94 billion, Bloomberg reported, with $18 billion allocated toward the island’s electric utility. At the time of writing, this does not appear to have been agreed by the current administration, but there is some light at the end of the tunnel.

“The island has an unprecedented opportunity to rebuild and transform the system.”

IEEE Spectrum reported that a $17.6 billion plan to rebuild and modernize Puerto Rico’s electric power infrastructure has recently been released. According to the news source, more than a dozen entities, which included utility companies and the U.S. Department of Energy, contributed to a 63-page report that detailed a ten-year series of operational improvement and grid modernization. The Build Back Better: Re-imagining and Strengthening the Power Grid of Puerto Rico report was submitted by New York Governor Andrew Cuomo and Puerto Rico Governor Ricardo Rossello, with the intention being to set out a clear roadmap for short-, mid- and long-term actions.

The purpose of the report, according to its authors, is to provide an assessment of the damage caused to the electric grid by the hurricane season, detail a new system design basis and propose rebuild recommendations that can be implemented by the newly-formed Puerto Rico Power and Grid Resiliency initiative. The level of devastation caused by Maria, the report notes, gives the island an “unprecedented opportunity to rebuild and transform the system to one that is hardened, smarter, more efficient, cleaner, and less dependent on fossil fuel imports.”

In many ways, the report is a blueprint for the future of Puerto Rico’s electric grid;

“A transformed electric power system for Puerto Rico is one that is designed with the resiliency to withstand future storms and is built with modern grid technologies and control systems,” the authors of the report said, in the executive summary. “This system will deliver increased renewable energy resources such as wind and solar, incorporate new distributed energy resource technologies such as energy storage and micro grids, reduce the dependency on fossil fuels, and enable energy to become abundant, affordable, and sustainable to improve the way of life in the Commonwealth of Puerto Rico.”

Building For The Future

Any rebuilding of the power system has to take future weather events into account, especially those that exhibit the characteristics of a Category 4 event such as Hurricane Maria, the report said. Every aspect of the infrastructure would need to adhere to current codes and best practices, while designing for the future.

The report cites the work being done on Long Island, New York, as a model for how grid modernization can be integrated following a major weather event like 2012’s Hurricane Sandy. Sandy left millions of people without power and basically shut down New York for days, while racking up a damage bill of around $75 billion. Of course, the East Coast of the United States is vastly different to an island like Puerto Rico, but that should not be a barrier to grid or utility modernization.

For example, the modernized electric grid in Puerto Rico would have to be able to withstand winds of 155 mph or higher and the potential for heavy flood waters. The transmission and distribution system would likely need smart grid investment to make it less susceptible to prolonged outages, with the installation of underground power lines in areas prone to wind damage. In addition, the installation of automated distribution feeder fault sectionalizing switches to enable fault isolation and reduce the impact of blackouts.

Ultimately, what Maria did to Puerto Rico was predicated on not only the strength of the weather event but the state of the electric infrastructure itself. The general consensus is that subsequent hurricane seasons are going to provide more extreme examples of Mother Nature flexing her muscles, and it is likely that grid resiliency will remain a topic of discussion for the foreseeable future. With that in mind, utilities should look at how they would deal with a problem like Maria, irrespective of where they are located.

Utilities that want more information as to how DataVoice can help with potential grid resiliency issues can contact us to learn about our weather-tested suite of solutions. Our outage management solutions can help companies prepare for extreme climate events and ensure that the power not only stays on for customers but also elicit a quick response, whatever the conditions.