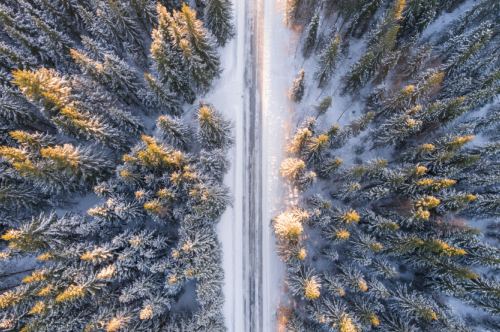 The Electric Division of the City of Gastonia, North Carolina, serves more than 28,000 commercial, industrial and residential customers across Gaston County. Founded in 1900, the utility distributes approximately 55 million kilowatt hours of power per month via 11 substations and owns a portion of the Catawba Nuclear Station in York, South Carolina. The American Public Power Association has designated Gastonia as a Reliable Public Power Provider since 2008.

When GIS Analyst II Glenn Fried started with the City in 2005, the Electric Division operated without an outage management system. After attending several industry conferences, Fried realized that most of the utilities with OMS solutions in place had only pursued the technology after suffering catastrophic outage events.

“It was always, ‘The cow is gone but let’s close the barn doors now,’” Fried explained. “I felt we needed to implement an OMS before we had a significant event.”

Unfortunately, such an incident unfolded before the GIS analyst and Gastonia management could take action. A massive winter storm swept through the Midwest and Mid-Atlantic regions in December 2005, dumping significant amounts of ice and snow on almost two dozen states. The weather event affected residents across North Carolina and left an estimated 328,000 customers without power. Fried and his colleagues sprang into action but soon found themselves awash in paper trouble tickets and work orders. On top of this, the utility’s 10-line phone bank quickly jammed, succumbing to the pressure of hundreds of calls. Fried began the OMS search and implementation journey soon after this event, intent on finding a modern alternative to the existing paper-based outage response workflow.

At the same time that Fried and the Electric Division began searching for an OMS, the Gastonia information technology team developed and deployed an advanced dispatching solution called the Emergency Call Center. The MapObjectsbased software allowed staff to enter customer concerns into an online work order and request interface, which would then visualize these items on an interactive map that Fried and his team could access. This drastically reduced the amount of work required to process repair requests. However, some features still required manual labor, most notably the call-back module, which simply printed out contact information for customers with closed tickets. Additionally, the system did not have predictive capabilities, nor the power to generate automated alerts for customers and city employees, or APPA compliance reports. It was also unable to support mobile devices, which, at the time, were emerging as powerful operational tools in the utility space. These limitations forced the Gastonia Electric Division to continue its OMS search.

In early 2014, Fried, who had been out of the OMS selection loop for some time, was asked to attend a meeting with DataVoice, from whom the utility had previously purchased an interactive voice response solution. Gastonia Application and GIS Manager Ray Kurtiak attended the summit as well.

Everyone who attended the meeting believed that the DataVoice OMS suite and its ancillary solutions met the city’s needs. Management agreed and greenlit implementation in July 2014. This work started in earnest in the late summer of that year.

Gastonia first rolled out the OMS in a limited capacity, starting with manual workflows that involved taking customer calls and inputting outages into the system. Then, in November 2014, the city integrated the DataVoice OMS and IVR systems, automating this process by allowing customers to create outage events. In March 2015, the utility released the customer-facing and linemen applications. Roughly 15 months later, the city put into place DataVoice’s SCADA interface.

Earlier this year, the utility completed its transition to the DataVoice suite by deploying its Vegetation Management solution.

Fried and Kurtiak said the implementation process unfolded smoothly, as the DataVoice team was able to tailor the process to meet the needs of the Gastonia Electric Division and its employees.

The city has seen significant results in the months and years since implementation. The OMS-IVR integration has freed up administrative employees who no longer have to handle high call volumes. Response times have dropped considerably due to the fact the administrators can monitor servicedelivery fixtures in real time, view outages the moment they occur and dispatch crews via the lineman application. This also allows the utility to contextualize outage events and tailor the response to conserve resources. This increased awareness has even led to the discovery of previously unknown field assets.

Restoration times have also dropped. For instance, a customer recently called into the Gastonia Electric Division to report an outage following a strong thunderstorm. Instead of deploying field crews, an administrator looked on the OMS and found that this customer was isolated from a larger string of outages linked to the weather. This indicated the outage was the result of a local electrical issue. The administrator advised the customer to check his circuit breaker. He regained power soon after his initial call.

“Rather than leaving the customer in the dark for two or three hours, he gets his power restored and his faith in the Electric Division is solidified,” Fried said.

Gastonia has even begun using the DataVoice OMS with its water and sewer group. This allows customers experiencing plumbing issues to report their problems via the IVR, which generates trouble tickets via a custom integration with the division’s work order system and sends them directly to field managers who can dispatch crews when needed. This has greatly reduced response times for water and sewer operations, which was not part of the original implementation scope.

Even so, DataVoice managed to expand its solution to support this critical utility.

Both mobile applications have made a significant impact. The Lineman App, in particular, has catalyzed considerable success. The initial deployment involved only on-call personnel, a handful of whom were given iPads with the Lineman App installed. These field staffers found the software to be immensely useful and soon began asking Fried for new features.

“In the beginning, the linemen sat in the back of the room with their arms folded and asked, ‘Why do we need this?’” Fried explained. “Within six months it was, ‘Can we have some more?’”

Fried is planning to deploy 20 more iPads in the coming months to meet demand. Soon, every supervisor and field vehicle in the city‘s electric division will have these devices and access to the Lineman App.

Kurtiak explained that the system is easy to maintain from an IT perspective, despite all of its moving parts. He attributes this not only to the tight integrated nature of the entire product suite but also the responsiveness of the DataVoice technical support and account teams.

“They are very responsive if and when we have any issues,” Kurtiak said.

In the end, DataVoice managed to help this North Carolina city modernize its utility operations and move forward with more efficient workflows that not only benefit customers but also generate an optimal return on investment.