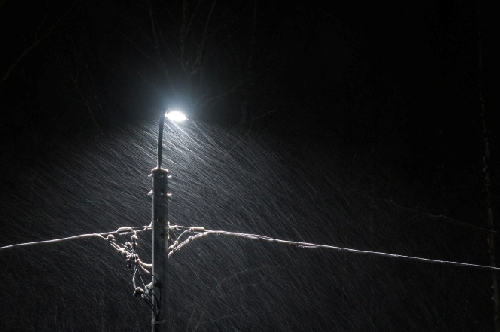 The Dixie Electric Power Association provides power to residents in Clarke, Covington, Forrest, Jasper, Jones, Perry and Wayne Counties in south Mississippi. Founded in 1938 via the Rural Electrification Act and based in Laurel, Mississippi, the organization manages more than 38,600 electrical meters and almost 5,000 miles of power line.

Dixie Electric maintained an outage management system that met basic operational requirements but did not include a companion mobile application, something the power provider recognized was rapidly evolving from a nice-tohave into an absolute necessity. The organization attempted to work with its existing OMS provider to develop and deploy a workable solution. Unfortunately, these efforts stalled time and time again, leading the Dixie Electric information technology team, with IT Manager Jim Grantham at the helm, to consider mobile-ready alternatives. The requirements were simple: an easy-to-use interface that dispatchers, linemen and managers could navigate and tablet compatibility.

The search started slow. However, in April 2015, Grantham and his team experienced a breakthrough. The IT manager and Dixie Electric System Engineer Blake Remy had traveled to Nashville, Tennessee to attend the Aclara Client Conference, an annual week-long gathering of utility professionals. One morning, Grantham and Remy sat down for a pre-workshop breakfast and struck up a conversation with a fellow attendee, DataVoice International Director of Sales Ron Aiken. Grantham was aware of DataVoice and its work in the industry but did not have a full grasp of the product line. Aiken supplied him thew details and suggested that they keep in touch as Dixie Electric conducted its OMS search.

This conversation and subsequent interactions ultimately drove the cooperative to establish a partnership with DataVoice and embark on a collaborative product design and implementation effort.

DataVoice worked with the organization to roll out its mobile-ready OMS and lineman application. The former bolstered internal information flow, giving employees in every department access to real-time on-the-ground insights, while the latter pushed this information into the field via a user-friendly interface filled with potent features, including image-capture and dictation capabilities. In addition to helping Dixie Electric land on the ideal solution, DataVoice worked with end users across the organization to ensure that they could comfortably use the new system. Training teams traveled to the cooperative’s Laurel headquarters in October 2017 to walk through the platform with back-office personnel, dispatchers and linemen. Following a week of hands-on instruction, the solution went live.

“DataVoice has been following this particular implementation process for years and it worked great for us,” Grantham said.

Mother Nature put the DataVoice OMS to the test almost immediately. Winter storm Benji struck the deep south in early December 2017, blanketing the region with record-setting snowfall. The state capital of Jackson saw between four and six inches of snow, the most significant winter accumulation in the city in more than three decades.

An estimated 15,000 residents in Dixie Electric’s coverage area lost power during the surprise storm. The organization quickly scaled up field operations and coordinated using the DataVoice OMS and field mobile application. While other cooperatives in the region saw their OMS suites overload and fail, Grantham and his team had no problem handling the high traffic, due, in part, to DataVoice’s proactive remote system monitoring efforts. The software provider continually tracked processing operations to ensure servers stayed online. At one point, DataVoice technicians notified Grantham that he was still using test server parameters and that by switching to full production computing parameters the OMS would perform better in this particular high-traffic scenario. The IT manager was blown away by this insight.

“I was astonished that they were monitoring our computer systems and managed to point out that potential issue,” Grantham explained. “That is exactly the kind of business partnership Dixie Electric benefits from. Not only did the training and the go-live succeed, but then, when the rubber hit the road and we really needed support, they were there.”

In addition the making an immediate operational impact, the DataVoice OMS and linemen application went over well with the field teams. The Dixie Electric lineworkers enjoyed the intuitive mobile user interface, which not only resembled the mobile environments they encounter daily via their personal devices but also featured an organizational structure and content that matched real-world operational workflows. In fact, the easy-to-use system encouraged linemen to more effectively log key information used for Federal Emergency Management Agency compliance purposes, an unintended outcome that improved efficiency and potentially reduced the risk of financial penalty.

These results prompted Grantham to deepen Dixie Electric’s partnership with DataVoice. Today, the organizations are working to create and release internal forms for everyday maintenance activities such as safety inspections. This will allow the cooperative to develop more robust and proactive field management processes, and therefore cut down the number of equipment-related failures.

With the DataVoice OMS and field application in place, this Mississippi power provider can lay the groundwork for organizational growth and more effectively support the local community