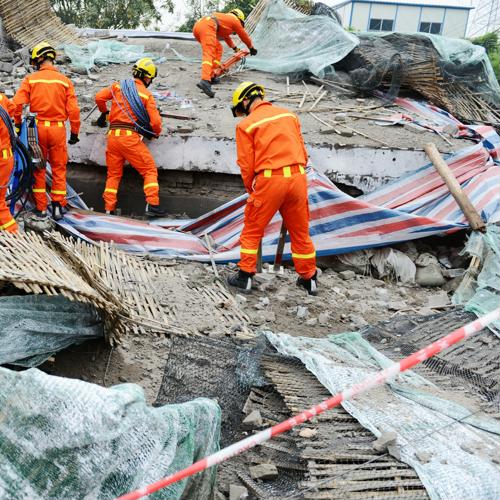 An enormous earthquake shook the Pacific Northwest earlier this month. The tremor, which originated 175 miles off the coast of Alaska, registered 7.9 on the Richter scale and prompted authorities to issue tsunami warnings for numerous coastal locations, The New York Times reported. While the earthquake caused relatively little damage, it did spark public conversations on several ancillary topics, including preparedness and disaster recovery. Utility companies play an important role in these efforts, of course. Power providers in Mexico demonstrated this in September, when linemen from across the country worked to restore the national electrical grid just 19 hours after a magnitude-7.1 quake rocked the nation’s capital Mexico City and left 4.8 million residents without power, according to Bloomberg. How did the utility companies in the country manage this feat?

Planning and adherence to industry-standard best practices are the two likely answers. Utility companies located on the West Coast of the U.S. and other regions prone to seismic activity would be wise to develop robust earthquake response strategies using the latest and most effective post-disaster outage mitigation techniques. Here are some of the critical methodologies:

Prioritize restoration activities by location
In the aftermath of a significant earthquake, roads and other surfaces are often covered in debris, including downed power lines. For the linemen and utility managers who are called in to restore service to customers, it can be tempting to address these visibly affected electrical fixtures first. However, post-earthquake mitigation should not start on such a micro scale, according to the Edison Electric Institute. Instead of rushing to fix fallen transmission components, utilities and their local service partners should turn their attention toward power plants, as these facilities are obviously responsible for generating the current that runs through power lines. Once these sites are up and running, utilities can move on to high-voltage transmission lines and then to substations and power supplies used by first responders and other emergency crews.

Finally, with these components functioning, linemen can get out into the community and begin restoring power to larger service areas and individual homes. On the surface, this strategy may seem neglectful, but residents cannot commence with clean up until power plants, transmission lines and emergency response power supplies are working.

Promote collaboration
Electrical utilities are always competing with each other for marketplace dominance. However, in the wake of serious seismic events, this competition should take a backseat, as disparate power providers must come together to serve residents, no matter what entity services them, according to Government Technology. And, this coordination should not unfold ad hoc following an event. Utilities would be wise to form partnerships with competing power providers via industry groups like the California Utilities Emergency Association, which helps its members analyze local service delivery infrastructure and plan for large-scale disasters, including earthquakes.

In addition to working with fellow electric companies, utilities can build relationships with local community organizations, allowing them to lean on influential and helpful private groups in times of most need.

Bolster field technology resources
Utilities facing down the aftermath of an earthquake cannot act until they have adequate impact analysis. How can electric companies obtain such information? Robust software such as outage management technology can give them immediate insight into the state of service delivery equipment and offer up the insights they need to make strategic response decisions, according to Accenture. Ancillary technologies like workforce management software and mobile applications bolster field coordination and empower linemen to address outages as quickly and efficiently as possible.

Utilities that embrace these tools and employ them within the frameworks of the earthquake response best practices mentioned above can help their communities recover – just as those Mexican linemen showed this past September. Is your electric company interested in developing and deploying earthquake response initiatives centered on proven, reliable OMS technology? Connect with DataVoice International.

Power providers across the country trust our solutions to stand up natural phenomena of all kinds and assist them in outage mitigation efforts. Contact us today to learn more about our robust product line which includes powerful meter analysis, workforce management and interactive voice response modules.