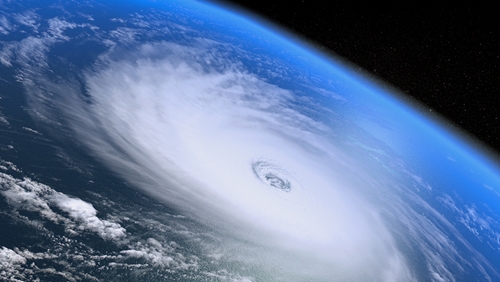 Multiple hurricanes of historic proportions have ravaged areas of the eastern Atlantic over the last three weeks. The most recent storm, Hurricane Maria, slammed into Puerto Rico Sept. 21, knocking out power to the entire island and forcing millions into shelters, according to The New York Times. The Category 3 storm, which punished the U.S. Virgin Islands prior to making landfall in Puerto Rico, is now tracking north toward the Carolina coast. Maria followed Hurricane Irma, which cut a similar path through the Caribbean and made landfall in Southeast Florida Sept. 6 as a Category 5 storm packing winds of up to 185 miles per hour. Weeks before, Hurricane Harvey rocked Southern Texas, leading to large-scale flooding. Together, these catastrophic squalls have claimed hundreds of lives and caused tens of billions of dollars in damage. The cleanup and recovery for Harvey and Irma is expected to cost roughly $209 billion, according to data from AccuWeather.

Electric companies across numerous U.S. states and territories have launched massive power restoration efforts, attempting to get downed lines back up and running. Utility crews in Puerto Rico are working in particularly turbulent conditions, The Washington Post reported. The Puerto Rico Electric Power Authority, which manages the island's decrepit electrical grid, has been unstable for some time. The utility is more than $9 billion in debt and recently filed for bankruptcy. Now, it has to contend with an entirely darkened island. While power providers in other affected areas are on more stable financial and operational footing, the field challenges they face are no less difficult. Irma knocked out power to 6.5 million Floridians and Harvey caused hundreds of thousands of outages in Texas. Of course, many of the electrical companies in these areas are prepared for situations such as these, having learned hard lessons from past tropical disturbances. For instance, Florida Power and Light, which serves more than 10 million individuals across the Sunshine State, received a much-needed wake-up call after Hurricane Wilma pounded the Southeast in September 2005, the Miami Herald reported.

"FPL's customer service ratings were dismal after Wilma," Craig Fugate, former director for the Federal Emergency Management Agency, told the newspaper. "Now they're the go-to utility for companies from other states for information on how to handle a disaster."

Unfortunately, hurricane season lasts for two more months, meaning coastal communities and the utility companies that serve them are not yet in the clear. So far, there have been 13 named storms, The Times reported. Experts say this number could reach the high teens by the end of November, which normally marks the end of hurricane season.

"This season has been an overachiever by almost every index," Bob Henson, a meteorologist for the forecasting company Weather Underground, told The Times. "We've had more than a year's worth of named storms when you look at the long-term average, and that's being just past the midpoint of the season."

With this in mind, power providers that have not yet made hurricane preparedness plans like those deployed by FPL and the other utilities cleaning up after this recent spate of storms, should consider developing such strategies. Here are some of the salient variables electric companies embarking on this journey should consider:

Field worker safety
Field crews working in areas recently affected by hurricanes encounter treacherous conditions. Many find themselves navigating neighborhoods covered in debris or braving roadways that are partially flooded. For those in regions with electrical delivery equipment that is difficult to access in ideal weather, service becomes even more complicated and dangerous. For example, the PREPA crews working to restore power in Puerto Rico must attend to more than 31,400 distribution line, much of which runs through forests and mountains that are nearly inaccessible by truck.

Utility companies developing hurricane preparedness plans must take this into account and develop plans for protecting the linemen who have to brave adverse outdoor environments in the wake of storms. Flood waters often pose the most serious threat to field workers completing tasks in post-squall conditions, according to the Occupational Safety and Health Administration. For one, these pools of stagnant water often contain sewage or toxic wastewater from industrial sites, meaning large amounts of harmful bacteria and other substances are likely present. Additionally, flood waters normally conceal other hazards like steep drop-offs or jagged metal debris. Utility companies can address this risk by equipping workers with protective gear in the event that they wade into standing floodwater is essential and ensuring that all personnel are up to date on their tetanus shots. Planning is also key. Power companies should coordinate with other organizations participating in recovery efforts to pinpoint particularly treacherous pools.

Of course, down power lines are another major hazard for linemen working in the field following a hurricane. These charged fixtures alone can cause electrocution. However, with flood waters in play, the risk of sustaining electrical burns increases manifold. As a result, crews should establish danger zones extending outward 10 feet from downed lines and operate assuming all of damaged service delivery features are active and carry live charges.

Hurricane preparedness plans with that address these and other hazards not only shorten power restoration times but also keep workers safe as they navigate the field.

External collaboration
Most local utility companies are not properly equipped to handle large-scale disasters like Hurricane Irma alone. Even larger power providers must call on external partners for assistance. For example, in the wake of Irma, linemen from electric companies across the U.S. and Canada flocked to the Southeast to help local utilities restore power to more than 8 million households, Bloomberg reported. All told, an estimated 50,000 field workers showed up, constituting one of the largest power restoration teams ever assembled.

"It's good money and it's satisfying work, two reasons why many of our employees like to do it," Mark Stutz, spokesman for Xcel Energy of Colorado, told the financial news service. "You're turning somebody's lights back on. But we tell them, 'You are not going to be working in your environment. It's a whole different world of critters down there, including snakes and alligators."

Xcel, like many other utilities, sent workers down to Florida to help restore power. Of course, for the local electric companies in the state, managing an influx of new linemen is a difficult task in and of itself, as much coordination is required to facilitate successful collaboration on such a large scale. Power providers developing hurricane preparedness strategies should consider this and develop processes for incorporating out-of-region linemen into widespread power restoration efforts. Traditionally, power companies have used the Electricity Subsector Coordinating Council to coordinate efforts during major disasters, according to the Edison Electric Institute. Cost is a key concern as well. In most cases, local utilities hosting external partners pay travel and lodging expenses incoming linemen, meaning extra chief financial officers should build funds into budgets to account for these costs.

Customer contact
In normal outage situations, customers can easily call into power provider headquarters and get updates. However, in the wake of massive hurricanes that have flooded homes and displaced residents, telephonic contact is nearly impossible. As part of hurricane preparedness planning, utilities must put in place alternative communication channels that are fit for use even when electrical and telephone lines are down. The customer mobile application is an effective solution here, as electric companies can interface directly with customers and send out updates as restoration unfolds. Mobile connectivity is normally active, even in the wake of massive storms like Maria, Irma and Harvey due to the fact that telecommunications giants like AT&T and Verizon construct their service delivery equipment to withstand high winds and rain, the Miami Herald reported. Even is cell towers sustain catastrophic damage, these companies can move in mobile antenna units called "cell on wheels."

In addition to planning for direct contact with customers, utilities must develop protocols for indirect methods, such as releasing information via the press.

Recent events have reminded utility companies that thorough hurricane preparedness planning is essential. As field crews in the southeastern U.S. and the Caribbean move forward with power restoration efforts, power providers lucky enough to stay out of the path of these latest storms should review their existing protocols and look for room for improvement. Here at DataVoice, we develop and deploy trusted backend solutions that give utilities the ability to accurately assess and address outages of all scales. Connect with us today to learn more about out industry-leading outage management system and customer and linemen mobile applications.