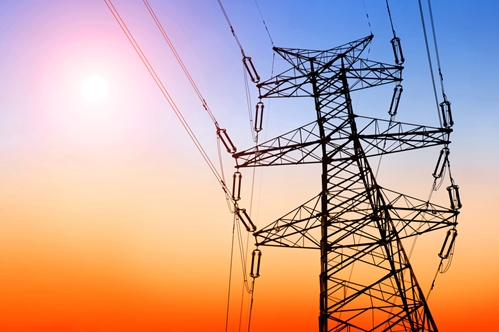 The rise of smart metering technology has gained widespread attention in recent years. Local, state and federal government agencies have embraced the innovation with open arms, investing millions in large-scale implementation projects meant to catalyze the growth of a nationwide smart grid. Electric companies have proven capable partners in these efforts, installing roughly 70 million smart meters in communities across the country, according to research from the Edison Foundation. That figure is expected to surpass 90 million within the next three years, which will account for more than 60 percent of American households.

However, while large power providers like Pacific Gas and Electric Company have deployed millions of smart meters, many smaller utilities are reluctant to go all in on the technology. This reticence makes some sense, as it is still evolving. That said, the potential of smart meters is undeniable. These devices not only form the basis for industry-wide technological advancement but also empower both the utility and the customer.

Smart meter history
Theodore Paraskevakos is credited with inventing the smart meter, according to an article published in the International Journal of Scientific Research and Management Studies. In 1972, Paraskevakos developed a sensor-driven metering methodology that would allow electric companies to draw usage data directly from onsite equipment into internal databases via power lines. The inventor patented the technology in 1974 and launched Metretek Incorporated three years later. The firm went on to produce commercial-ready remote metering systems that utilized miniature IBM computers.

This movement snowballed in the 1990s and early 2000s, culminating with the American Recovery and Reinvestment Act of 2009, which established the Smart Grid Investment Grant program, according to the Department of Energy. This $8 billion initiative helped fund a number of wide-ranging smart meter projects involving more than 200 utilities across the country. In fact, electric companies installed more than 24 million units between 2010 and 2011, analysts from Statista found. While the pace of adoption has slowed slightly since, government agencies and utilities in the U.S. continue to make significant investments in smart metering technology.

"Electric companies have installed roughly 70 million smart meters in communities across the country."

Understanding the benefits
Why are so many organizations, public and private, embracing this technology? For one, smart meters have the potential greatly bolster energy efficiency, according to Utility Dive. Power providers can tap into real-time usage data for every customer and use these insights to develop personalized pricing structures. This capability alone catalyzes another benefit: customer empowerment. Modern consumers are actively pushing for products and services that give them more control over their finances and smart meters happen to support this goal. Individuals can access their own energy consumption data and make sound decisions about how they manage electrified fixtures in their homes.

In addition to addressing pricing and other related variables, smart meters facilitate a number of operational improvements on the utility side. These fixtures streamline the resolution of single outage events, according to the National Electrical Manufacturers Association. When a customer with an analog meter calls his or her power provider to report an isolated service interruption, the utility will most likely dispatch linemen into the field when, in all likelihood, the problem could have been resolved over the phone, had more exhaustive outage information been available. Smart meters can provide such insights, giving electric companies the detailed data they need to more wisely deploy their resources and possibly cut costs.

The technology holds similar benefits during larger outage events. To effectively address widespread outages, power providers must first understand the scope of the problem. Most depend on outage management systems in this case. However, electric companies without smart meter technology can do little more than access insights based on customer phone call data or field inspections. This makes it difficult to view the full outage picture and effectively mobilize linemen. Of course, companies with smart meters in place can pull data directly from devices in the field and develop accurate outage estimates. This, in turn, streamlines mitigation operations, allows for quicker response times and, ultimately, improves customer satisfaction.

Smart metering technology also addresses another key area of concern for utilities: electricity theft. Power providers worldwide lose an estimated $89.3 billion per year due to the phenomenon, according to research from the market intelligence firm the Northeast Group. Smart meters and their real-time data transmission powers dissuade enterprise and residential customers from stealing electricity, National Geographic reported. Additionally, the fixtures eliminate contact between the consumer and the utility employee – a relationship that sometimes leads to instances of electrical theft.

These benefits have led many utilities to adopt smart meters. However, some continue to sit on the sidelines, confused as to how they might go about deploying the technology.

Grappling with implementation
Replacing analog meters with smart alternatives is a time-consuming and expensive process. The average smart meter costs $221 before installation, according to calculations for Siemens. With this in mind, many power companies put smart meter implementation on the back burner or end the pursuit altogether. While demanding, installing these fixtures is not entirely out of reach. Adopters must use innovative strategies to get their projects off the ground.

For example, many number of utilities partner with neighboring power providers to implement the technology, T&D World reported. This arrangement allows for cost-sharing and facilitates large-scale deployment. Of course, advanced planning often eases the process – especially when it comes to gaining customer support. In the years since smart metering technology appeared, resistance has materialized, with some customers raising health and privacy concerns. Utilities can get out in front of these issues by developing detailed implementation plans and educating and engaging with their communities. In addition to forming partnerships and authoring installation plans, electric companies should develop and deploy training initiatives for linemen and other internal staff. This will drive buy-in among core internal users and, ultimately, lay the groundwork for sustained success.

While smart metering technology alone can catalyze growth within the organization, utility leaders should consider pairing these cutting-edge fixtures with equally advanced ancillary systems. Here at DataVoice International, we offer industry-leading utility solutions, including our weather-tested, data-backed OMS and linemen-approved mobile field applications. Are you prepared to upgrade your systems and enter the modern era of outage management? Connect with DataVoice International today.